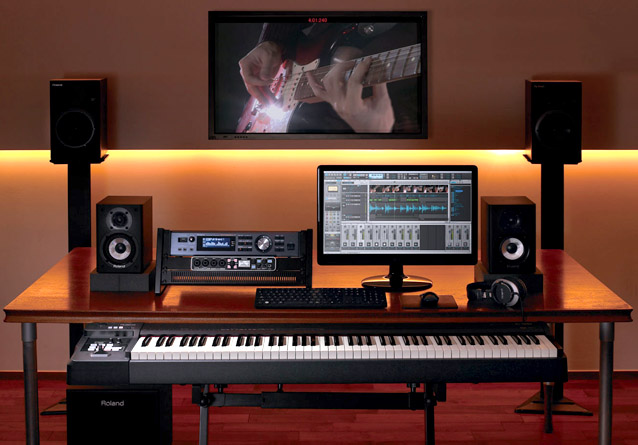 The flagship INTEGRA-7 brings Roland’s farthest-reaching realm of creative power to keyboardists and composers, both live and in the studio, and the new editor plug-in gives an already powerful vehicle enhancements that allow for deeper and more streamlined access to creative flow and musical inspiration. With the development of SuperNATURAL sound and Behavior Modeling, Roland has blurred the boundary between acoustic and electronic instruments. Built upon these core technologies, the INTEGRA-7 gives musicians a goldmine of the latest SuperNATURAL sounds in a fast-access, fully stocked 16-part module. With the immense power of the INTEGRA-7, musicians can create amazingly realistic and detailed orchestral arrangements, immersive spatial sounds, and beyond.

The core of the INTEGRA-7 is its wealth of SuperNATURAL sounds with Behavior Modeling technology. SuperNATURAL not only mirrors the sounds of acoustic instruments, it also simulates the behavior of instruments when they’re played. With SuperNATURAL, sounds come to life under your fingers. Whether used in acoustic or electronic domains, the INTEGRA-7 puts a world of expressive sound in your hands. Go deep inside the programming engine and customize your own sounds, or let the INTEGRA-7 do it all for you. With so many great sounds onboard, and with the INTEGRA-7’s organic response to how you play your keyboard/controller, you’ll experience a new level of realism and effortless expression.

Roland’s new A-88 and A-49 MIDI Controller Keyboards are perfect partners for the INTEGRA-7. The SuperNATURAL mode button on the A-88/A-49 automatically assigns the INTEGRA-7’s most appropriate parameters to the mod lever, knobs, and D-BEAM for controlling the selected SuperNATURAL sound.