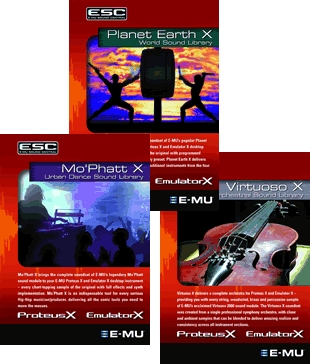 These sound libraries have been meticulously programmed to the powerful integrated synthesis and effects parameters of E-MU’s Proteus X and Emulator X, offering over 50 patented Z-Plane filters and 100 tempo-based parameters per preset, as well as two discrete effects processors per preset with comprehensive MIDI modulation.