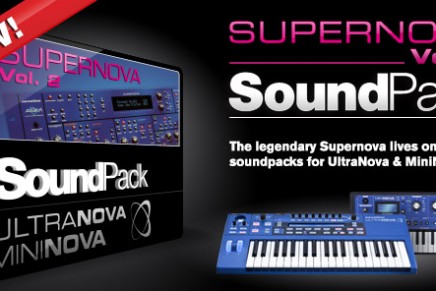 The second instalment of classic Supernova patches is now available for free download! Original sound designer Phill Macdonald has put together another 64 sounds to turn your UltraNova or MiniNova into the classic Novation virtual analogue monster. 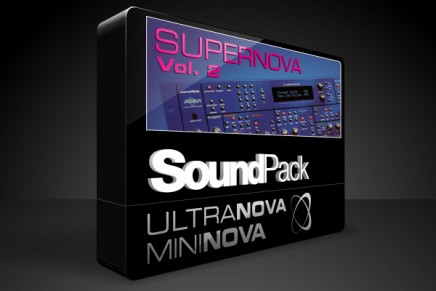 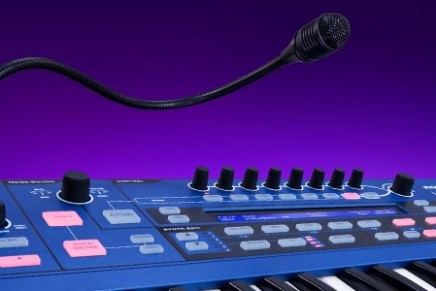 Novation have released a new firmware for their flagship hardware synthesizer, UltraNova. The vocoder of this synth has been overhauled. The improvement comes in the form of the simple firmware update and is freely available to all UltraNova owners. The update comes with 17 vocoder patches which are new to UltraNova.

The latest Soundpack in the series of free sounds made exclusively for Novation’s UltraNova synthesizer is from renowned sound designer Daniel Fisher. The Daniel Fisher Soundpack (Vol. 1) for UltraNova is free for all UltraNova users and it comprises 30 sounds by one of the industry’s most talented sound designers. This is the first in a series of four soundpacks, which will be released throughout early 2012.

Passion Pit rose to fame in the late 2000s with the infectious, hands-in-the-air sound of their debut album Manners, which infiltrated the mainstream and quickly spread worldwide. Numerous accolades followed, including plays on countless TV shows such as Skins, Ugly Betty and Gossip Girl, as well as on feature films and in video games. On the live circuit, they played Glastonbury in 2009 and toured the USA with Muse in 2010.

Novation are pleased to announce the launch of the Daniel Fisher Soundpack (Vol. 1) for UltraNova. It’s free for all UltraNova users and it comprises 30 sounds by one of the industry’s most talented sound designers. This soundpack is the latest in a series of free sounds from renowned artists and sound designers, made exclusively for Novation’s UltraNova synthesizer. Daniel has focused his energy on the incredible potential of the Novation UltraNova in a series of four soundpacks, which will be released throughout early 2012. These sounds reflect the skills and experience of Daniel’s 30+ years in the soundware industry.

Automap 4.1 is here, bringing the brand new, full-featured version of Automap control software to all Novation controllers, including the flagship SL MkII. Automap is free software that comes with all Novation controllers. It gives you instant access to your DAW and plug-ins so you can get hands-on control of your music software. It features a software edit page that graphically shows what is assigned to which knob, fader or button on the hardware. Automap 4 has a re-designed GUI and now features a notification system that pops up in the corner of your monitor to tell you what you are controlling when you move a knob, slider or button.

Novation just published this cool video of Novation’s resident Controllerist jamming on an UltraNova and three Launchpads with Ableton Live.

Novation is proud to introduce the first of many Soundpacks for UltraNova, fresh from the studios of Chuckie, king of the Dirty Dutch sound. Programmed by Chuckie and his two co-producers, Fabian Lenssen and Silvio Ecomo, the Soundpack comprises 20 patches to give you the Dirty Dutch-inspired sound in your UltraNova.

The new synth from Novation is now available at a store near you. The UltraNova is a ‘Nova’ series analogue-modelling synthesizer with a powerful effects processor. It is a single-part synth taking the legendary Supernova II synth engine as a starting point and packing it with the latest technology. It now has brand new features including wavetable synthesis, even more powerful filters, a software editor and a revolutionary new touch-sense performance mode.

ProAudioStar decided to have some fun in demoing the new Novation Ultranova, a new innovative synthesizer with a lot of cool features. All the music in the video was created with the sounds and patches of the Ultranova. Ghostdad also used a Launchpad to trigger drum loops and other effects. ProAudioStar also is giving one away. For the details on that give-away check out their website (not sure if it’s only USA, it doesn’t say anywhere).

UltraNova is a ‘Nova’ series analogue-modelling synthesizer with a powerful effects processor. It is a single-part synth taking the legendary Supernova II synth engine as a starting point and packing it with the latest technology. It now has brand new features including wavetable synthesis, even more powerful filters, a software editor and a revolutionary new touch-sense performance mode.

The ‘Nova‘ family was born in 1998 with the Supernova, which was the first of a series of powerful synthesisers. These quickly became industry standard ‘big-synths’ which are still used by countless artists and sound designers. UltraNova is the latest addition to the family bringing the range right up to date with a host of new features and a more affordable price tag. 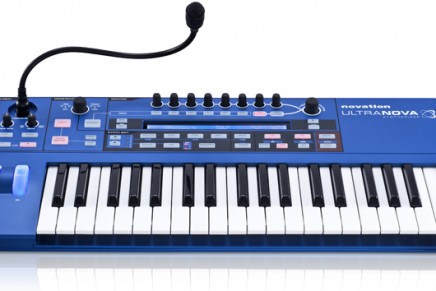 Brand new from Novation is UltraNova, an analogue-modelling synthesizer designed for everyone: from first-time synth purchasers to keyboard addicts. Its powerful and deep sound engine is tailored to be easy to use, and it offers new and utterly unique performance features.